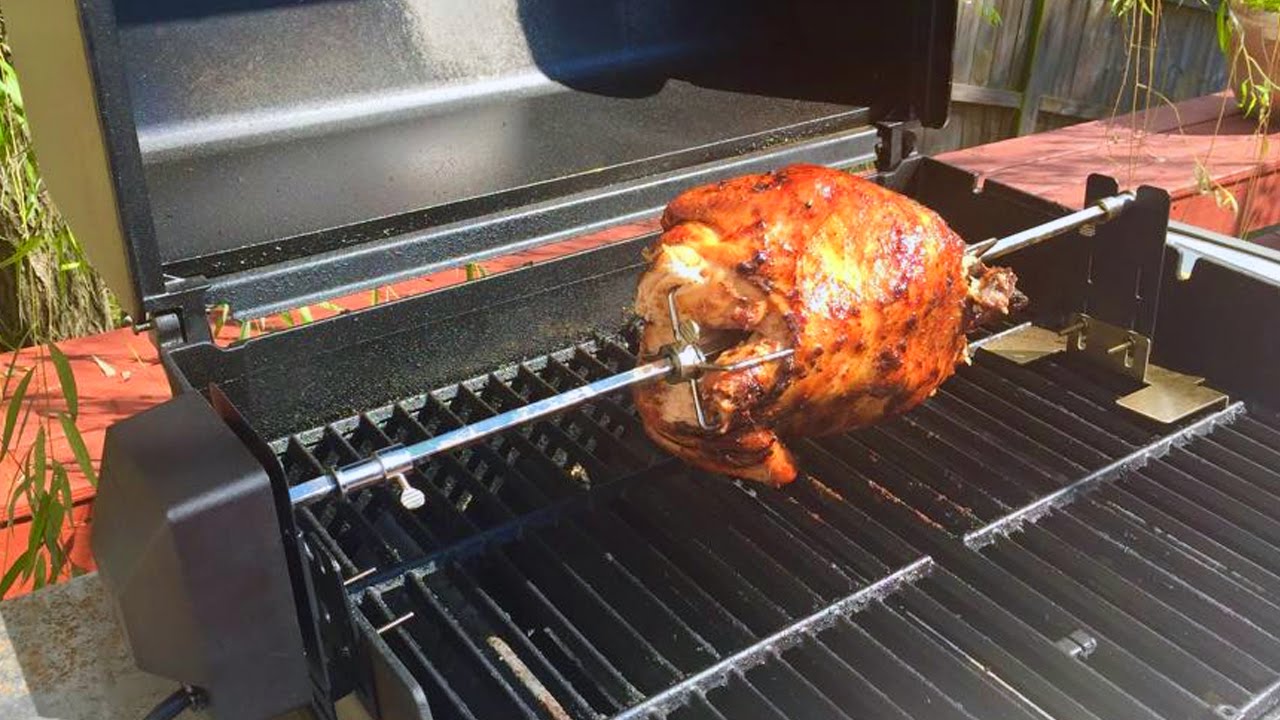 A BBQ rotisserie is a great way to barbecue meat. It rotates slowly turning bigger joints of meat such as a leg of pork or a whole chicken or two over and over above the coals – slow roasting it to delicious perfection, crisp on the outside and juicy on the inside.

The benefit of using a rotisserie lies in the taste and tenderness of the food cooked using one. It is a cooking tool that produces a great end product, and I don’t know why more barbeque chefs don’t try it. The other major benefit is that once the cooking starts you need little if anything until the meat is ready. 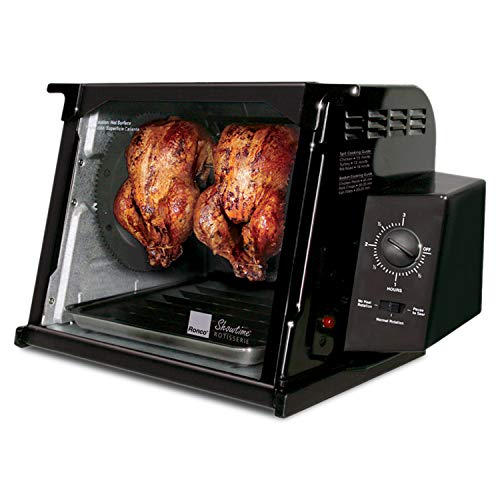 In fact, it’s pretty much the only way that a hog roast can be made, so in some circumstances, a BBQ rotisserie is an essential tool. Such a big piece of meat needs a more gradual and consistent application of heat.

It’s actually a centuries-old idea – medieval at least – but now battery or mains powered rather than by a peasant boy on a treadmill. The battery-powered versions are better mainly because you avoid trailing power cables to where the cooking action is. Or – and this is pretty awesome to do, take your battery-powered BBQ rotisserie on a camping expedition and slow roast food over a campfire in the wilderness.

To my mind, it is a cousin of the Asado barbeque technique of South America. 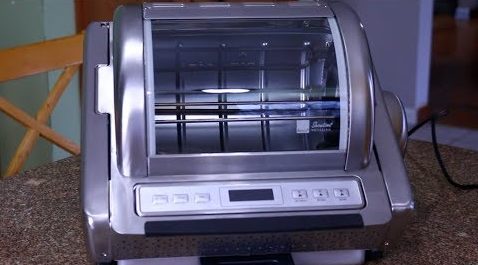 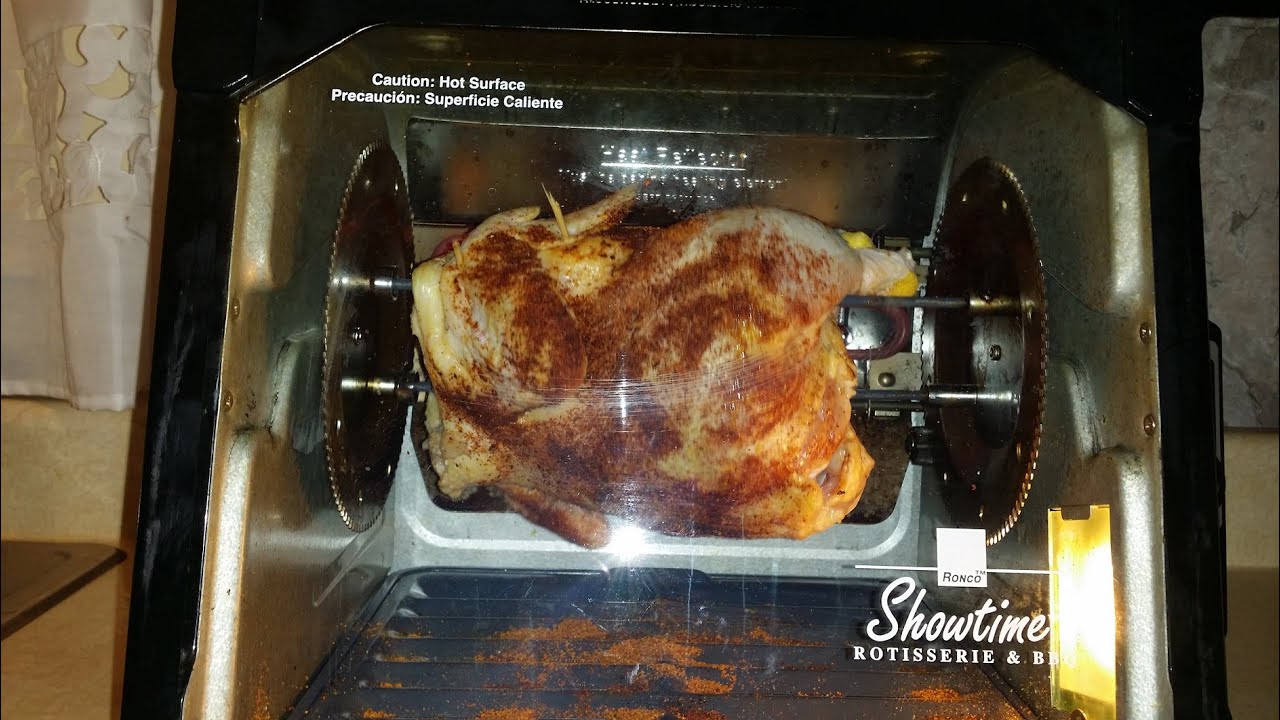 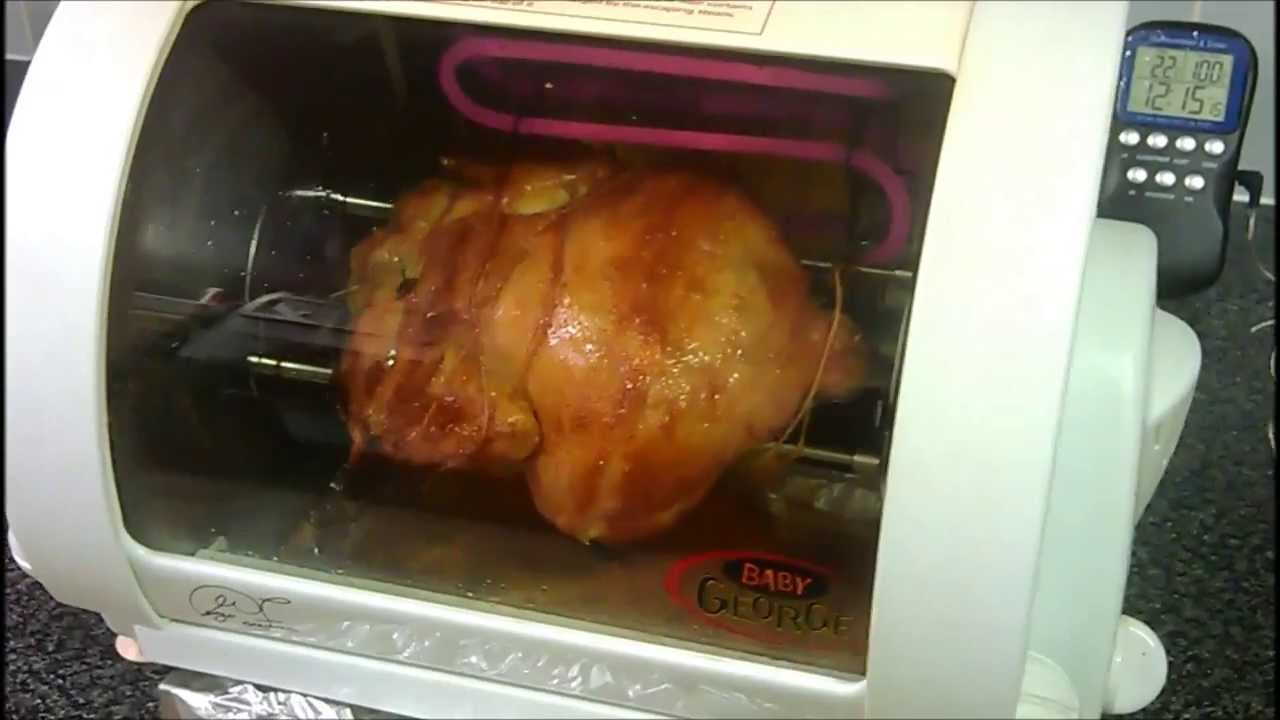 Cooking with a BBQ Rotisserie

There are three things to get right here. Firstly, the meat whatever it is needs to be loaded securely on to the spit so and trussed with twine so that there are no legs or wings, etc, flopping about as the spit turns.

The load needs to be evenly distributed so the isn’t a heavy side as it rotates. This puts the whole set up out of balance and meat can end up cooked unevenly. So before you start cooking, roll the spit round and feel whether the weight distribution is even.

Secondly, perhaps the biggest issue is the fire. This is an indirect barbeque method which means meat is cooked by the radiant heat and smoke from the fire.

Unlike grilling; the food isn’t placed directly above the heat source. The heat is low and roasting times are longer so the coals are best laid in one or two strips to either side of the meat and a drip pan placed directly beneath it.

The drips can be used to baste the meat, although it mainly bastes itself as it turns.

Lastly, you need to know when it is done. A digital meat thermometer is the best way to do this – if you know the internal temperature, you can be certain.

In short, anything big :

So Which BBQ Rotisserie Do You Need?

There are Weber rotisserie kits available for, I think every model of Weber BBQ, certainly the kettle and cart grills (both charcoal and gas BBQ grills).

Brinkmann and Charbroil also both make their own models.

A company called Rib-O-Lator makes a version that consists of a series of trays that stay level as the rotisserie rotates which is great for chicken pieces, fish, kebabs, and such as – though not whole chicken or anything major in size. The reviews on Amazon are consistently good – it seems well worth considering.

For campfire-style barbequing Auspit has made a name for themselves – but the Grizzly Spit Rotisserie is a quarter the price and currently, 8/12 of its reviews are 4 and 5 stars on Amazon. It seems like a bargain.