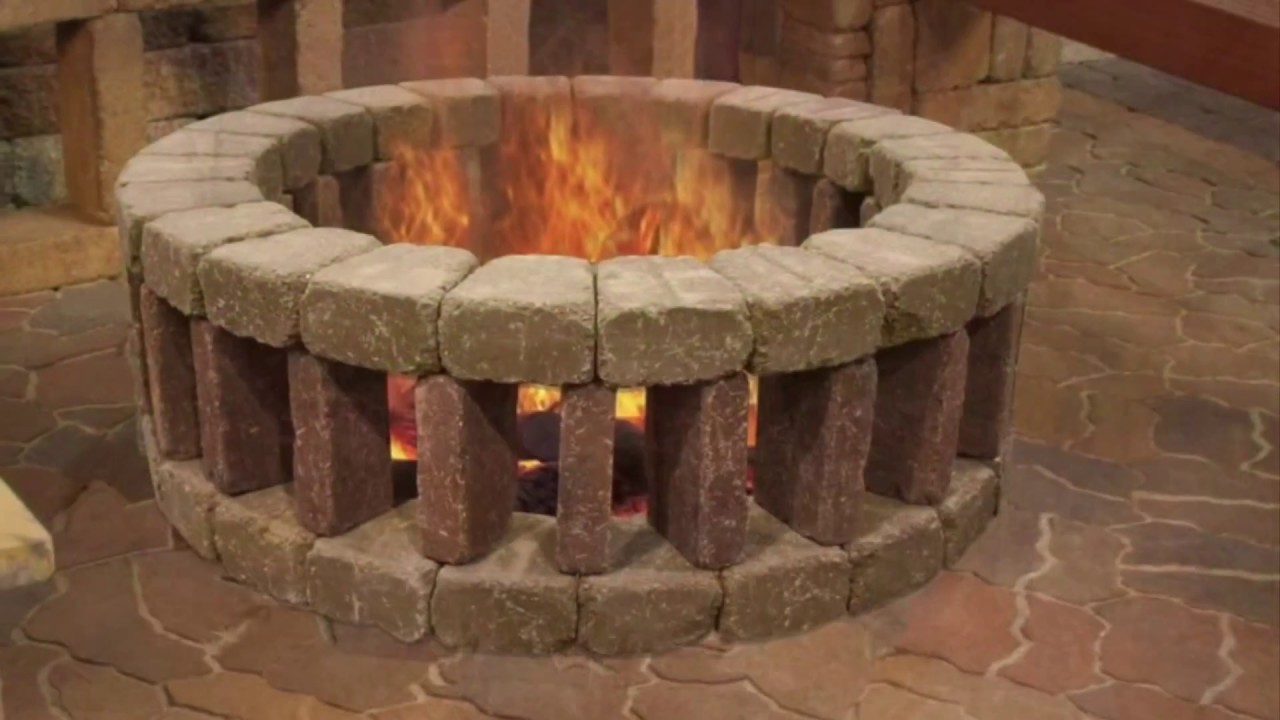 BBQ pits cook big pieces of meat slowly, using smoke and radiant heat from the fire (unlike the usual grilling where the meat is cooked directly above the heat source).

They are the original barbecue. So the story goes, barbecue pits originated with the indigenous Central and South Americans; it passed on to the Spanish in the 1500s, who used the method to cook their imported pigs.

The practice spread to what became the USA, where hog roast remains a big deal. In fact, pork is probably the number one barbecue meat barbecued by a fire pit.

The Spanish also took it south to Brazil and Argentina where it was modified and renamed Churrasco and Asado respectively.

There are several distinct designs of the barbecue pit, from the primitive hole in the ground version to elegant copper or ceramic versions, through to huge, fancy, custom-built ones that need to be towed behind an RV. 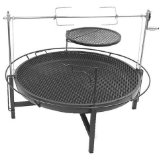 Heavy and sturdy looking, see the picture at the top of the page, although iron has a relatively low melting point so they do wear out eventually.

More expensive than iron, and lighter with a higher melting point, the copper version could be a better option.barbecue pits of all types and prices are available on Amazon 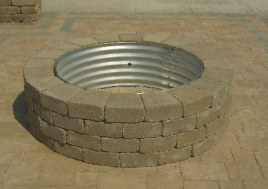 An easy DIY project, it should last a whole summer with minimal maintenance. It can easily be lined with bricks to tidy it up and hold the heat in. Check out the picture on the right. Doesn’t look hard to construct, does it?

By this, I mean a permanent brick-built structure which is as much a garden feature as a useful barbecue pit. With some DIY know-how, something impressive can be built in any backyard. This book at Amazon.com contains some nice DIY BBQ pit plans.

And here is a video clip of a guy building a DIY BBQ pit, it’s short but you get the gist of how he’s doing it.

Once you have a usable fire pit you need equipment to be able to control the heat on the food. 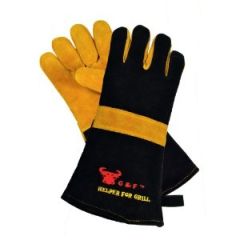 Heat-proof gloves like these will be in constant use, you really can’t do without them.

There are many different designs of BBQ gloves but they all pretty much do the same job. I went for gauntlet style ones for some arm protection.

A rotisserie is used to cook whole animals like pig, lamb, chicken or turkey.

Amadores is used in South America fire pit cooking to hold large pieces of meat i.e. ribs or a whole lamb or pig splayed for cooking.

How to cook with a BBQ pit

Wood is regarded as the best fuel choice for barbecue pit cooking. Which barbeque wood you go for depends on what meat or fish you want to cook – different woods go better with certain foods.

Once the flame is lit the flames need to be allowed to die down until a deep layer of embers remains before cooking can begin.

Charcoal is perfectly good, but a lot is needed for large cuts of meat.

Barbecue pits come into their own when in conjunction with a rotisserie to roast things like:

Anything big that takes a long time to cook and feeds a lot of people! (Thanks to Heidi and Matt for the “lamb on rotisserie” image via flickr – note how low-tech that barbecue pit is). But, with the addition of a grill attachment, all the usual favorites like burgers or fish can easily be cooked up.

How to Use Barbeque Wood in a BBQ Pit

If you intend to use logs as your fuel, try to collect or buy wood from one type of tree and choose the meat to match the flavor of it – see the list above.

This method, I think is best used with a barbecue pit as the fire is likely to be pretty wild at first! It takes a good few minutes for the flames to die down sufficiently leaving the logs ready for cooking over. The two short videos below illustrate the scenario clearly.