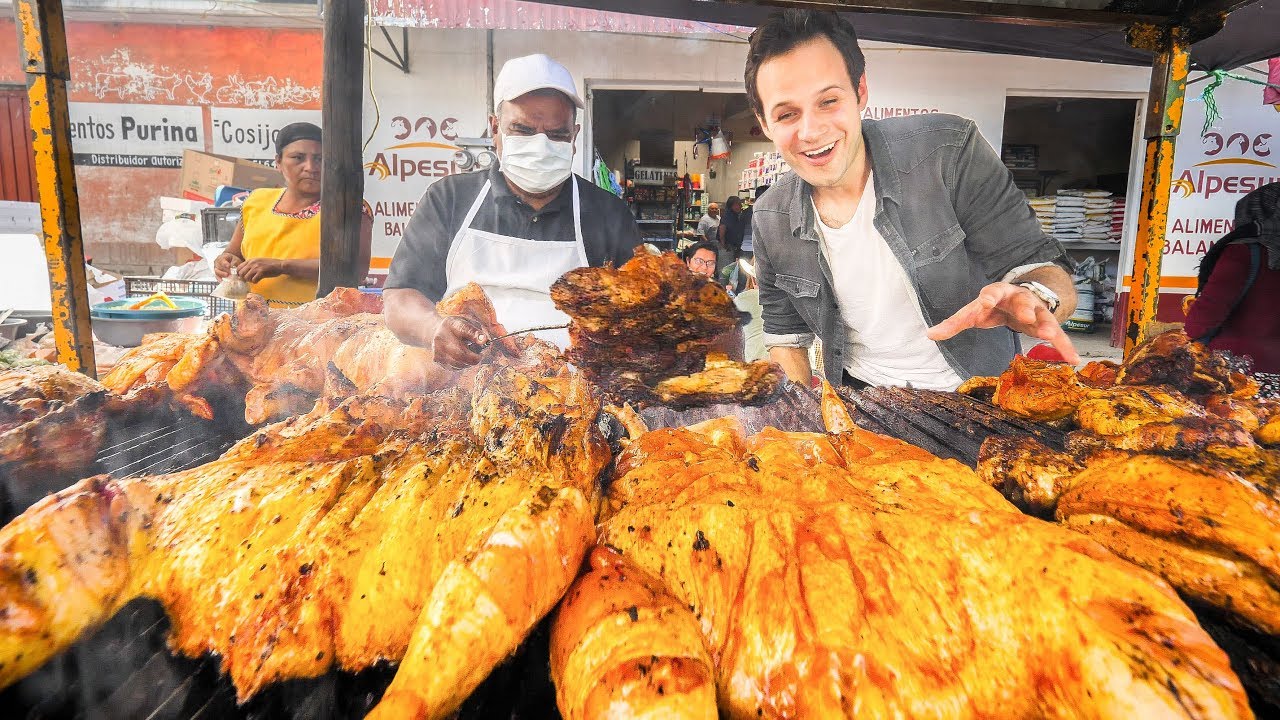 What often sets each national or regional cuisine apart is how flavorings are used. Basic grilling and barbecuing vary little across the world.

The USA is a rich patchwork of barbecue styles, which change from one state, one city, or one suburb to the next – with influences like smoking, vinegar sauces, and hot spicy rubs – often reflecting the mix of immigrants into that area.

In India yogurt-based, highly flavored and richly colored marinades are used to flavor and tenderize meat, traditionally lamb or goat, but often chicken as well now.

These flavorings have their roots in the days before refrigeration. Over the centuries, creative ways of preserving food were discovered and developed which relied on alcohol, vinegar, yogurt, and ingredients such as garlic, juniper, chili, turmeric – as well as smoking and drying techniques – all to keep food for longer.

The following is a rough guide to the usage of marinades, rubs, and sauces, along with some recipes.

A marinade is a mixture of something acidic e.g. vinegar or citrus juice, with oil and seasonings. It penetrates the surface layers of the meat and (without getting bogged down describing the chemistry of the process) tenderizes but also flavors it.

Marinades come in fluid form but vary in thickness from thin and watery to thick, sticky ooze. Marinating time can be anything from 20 minutes up to a couple of days, depending on the meat used.

For example, fish in a citrus marinade takes 20 minutes. But lamb in a yogurt-based marinade (like tikka ) benefits more from a couple of days in a refrigerator. You can read more about marinades here.

A rub is basically a dry mixture of spices, although it may feature something moist like fresh garlic or ginger like Cajun seasoning often has. They are often hot and spicy with a touch of sweetness like jerk seasoning is.

Their main job is to flavor; as the meat cooks, the oils leak out and form a crust with the rub which seals the juices in.

Recipes that use a rub can be served as they are like jerk chicken, or with a barbecue sauce, and/or smoked, as with pulled pork.

Barbecue sauces are really basting sauces, as they are brushed or rubbed onto the meat during cooking. Usually, they contain something sweet like, erm, sugar (or maple syrup, etc), which caramelizes under heat giving the meat a gorgeous smoky savory sweetness.

Finishing sauces can be added to meat during the final stage of barbequing, after cooking finishes but before it is served, as pulled pork is, and maybe as a condiment sauce on the plate and used as a dip, like ketchup, horseradish sauce, mayo usually is.

There are plenty of good commercially produced BBQ sauces around, but homemade barbecue sauce is best!

Smoking food is a great way of flavoring food. The flavor of smoked food comes from the use of specific types of BBQ wood which have been tried and tested over the centuries and found to compliment the taste of the meat being cooked.

BBQ smoking can be done using a standard lidded grill using the indirect grilling method with the addition of a smoker box loaded with soaked wood chips.

Additionally, smoked food is often coated in a barbeque rub, or basted with barbecue sauce during smoking, adding further flavoring to it. Read more about this specialized but awesome cooking method on the BBQ smokers page.