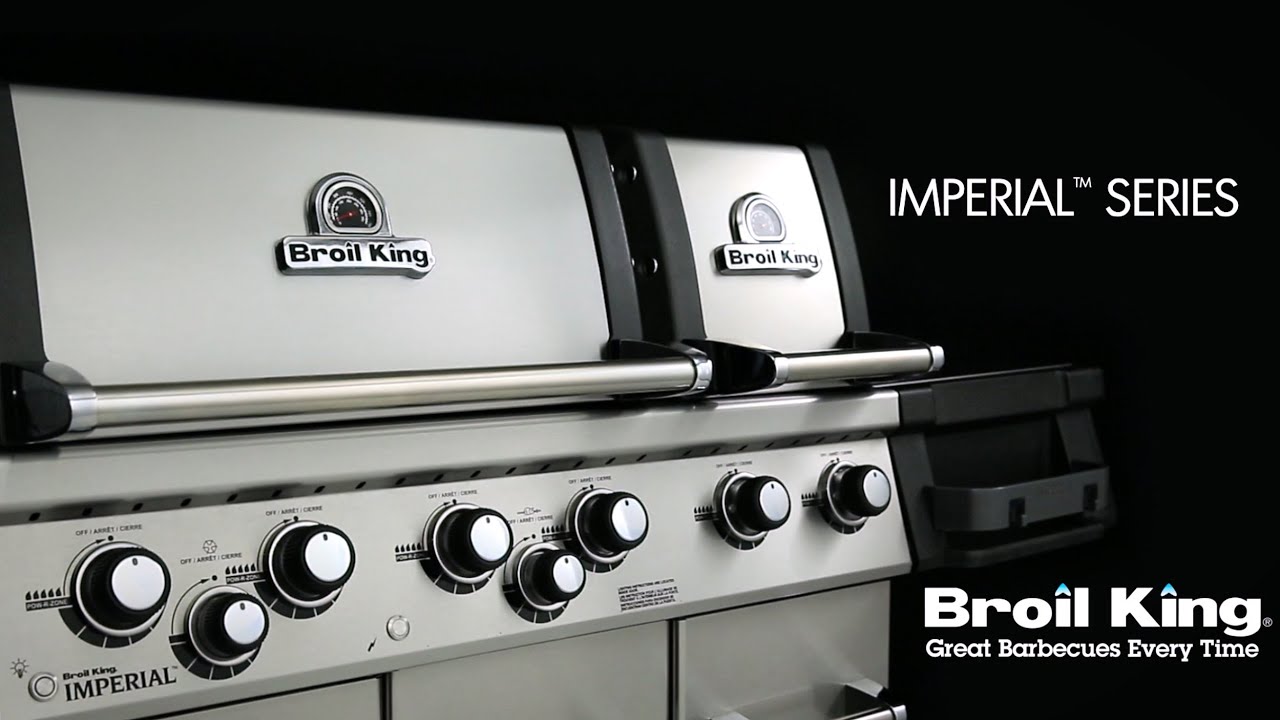 For many grilling enthusiasts and diehards, the food you make is only as good as the equipment you use. Thus, people who are serious about outdoor cooking always want the best possible set up. With so many barbecue grills available today, you will want to own a barbecue grill that gives you the ability to cook almost anything and in any style. 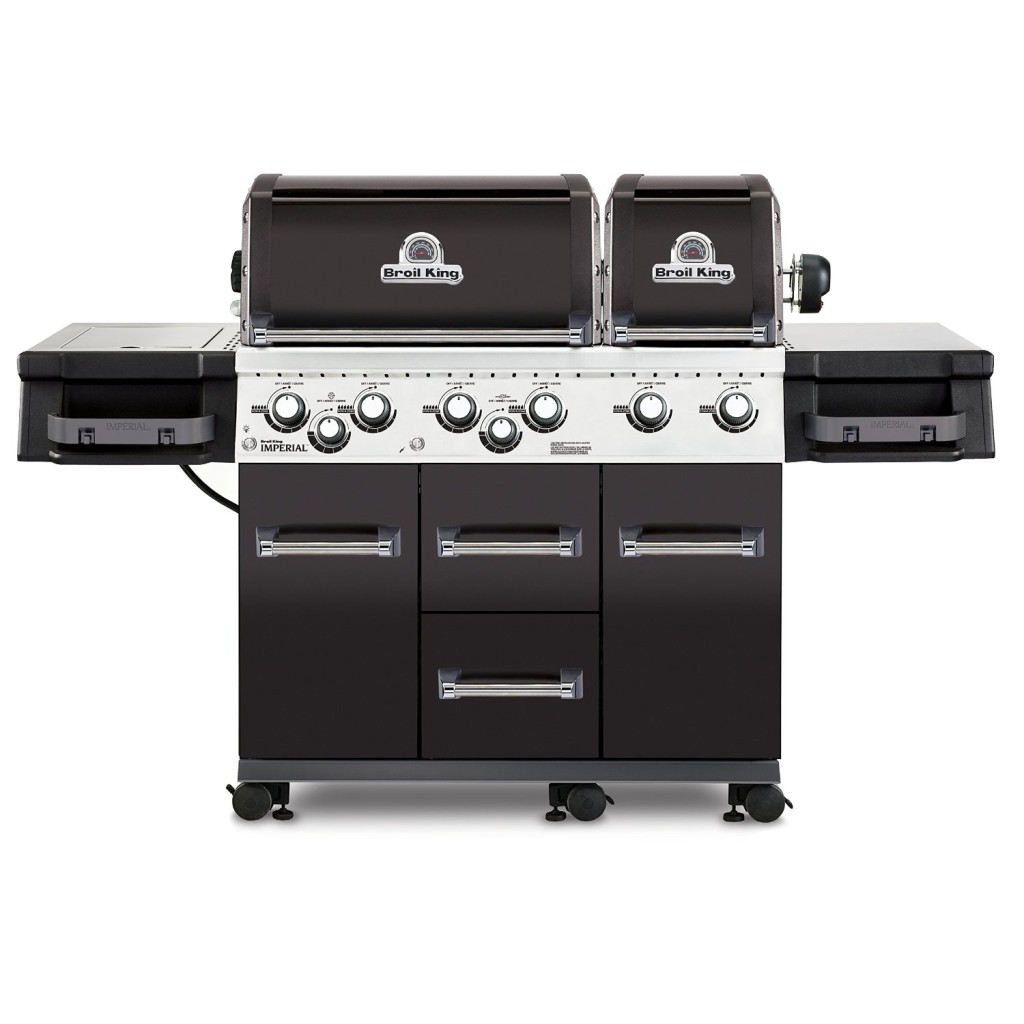 The Broil King 957747 Imperial XL Natural Gas Barbecue Grill was built to perform and provide you with unparalleled cooking versatility. Broil King—a brand known for affordable yet efficient backyard-grilling devices—jam-packed the Imperial XL grill with state of the art features that make it easy and convenient to use. 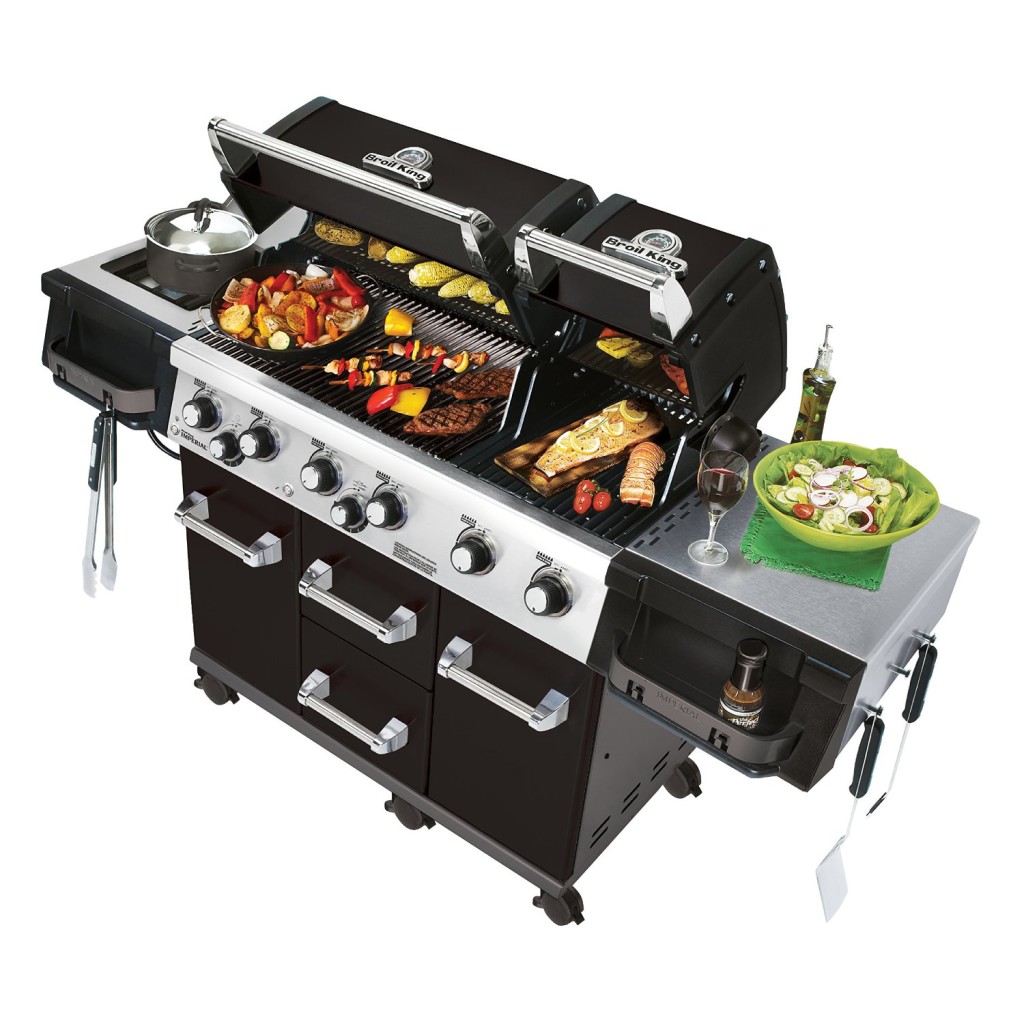 The Broil King 957747 has six stainless steel Dual-Tube burners that realize a consistent flame from front to back thus providing even cooking temperatures. These burners allow for even distribution of hot temperatures across a wide surface hence eliminating cold spots that often trigger cooking and grilling problems.

The burners can generate up to 60,000 BTUs (British thermal units), and are backed by a five-year warranty. BTU measurement aids in determining the potential power of a grill and 60,000 BTUs indicate that this grill is powerful enough to withstand outdoor grilling and cooking of any nature.

Rotisserie Burner and Side Burner

In addition to the dual burners, this barbecue grill boasts a rear rotisserie burner and a side burner that can generate up to 15000 BTUs and 10,000 BTUs respectively.

Whereas the high-powered side burner affords you the versatility to create side dishes, sauces and soups while grilling, the rear rotisserie burner has graduated ports along its entire length for a more consistent flame height that realizes even roasting and grilling. The inclusion of the rotisserie kit is a bonus to this grill, along with the electronic ignition system. 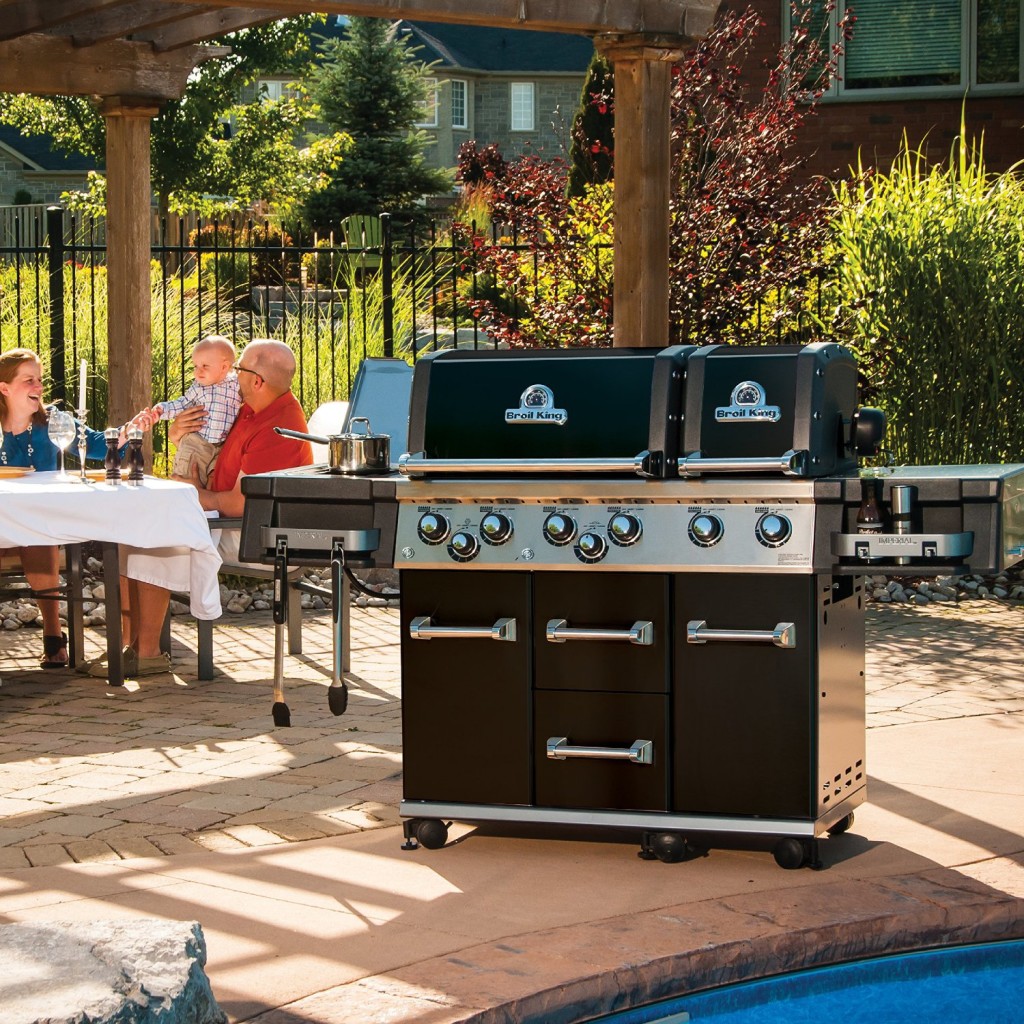 The Imperial Xl also comes with two independent cooking ovens that allow you to grill two totally different entrees at different temperatures. Whereas the large deep oven will allow you to fit a large number of your barbeque favorites, the smaller oven has heavy-duty reversible cast iron cooking grids that make it ideal for preparing side dishes and creating grill marks.

The Imperial XL gas grill is also with a natural gas option. And since natural gas is increasingly becoming common in gas grills today, Broil King was wise enough to include this option.

What’s more, the Imperial XL gas barbecue grill will enhance your grilling experience thanks to its stainless-steel Flav-R-Wave system that is tasked with providing superior heat distribution, protecting the burners, and vaporizing drippings for magnificent barbecue flavor and taste. As juice from the grilling food drops, the Flav-R-Wave catches it and vaporizes it into flavorful and tasteful smoke.

Other features on the Imperial XL grill include two pull-out utility drawers and a tall pull-out drawer for storing grilling utensils, an easy to read deluxe Accu-Temp temperature gauge that probes deep into the oven to give you more accurate temperature reading, and built-in oven lights that allow you to grill your favorite delicacies any time of the day.

The Broil King Imperial XL natural gas grill is a versatile grill crammed with features that make it ideal for anyone planning on cooking for a crowd on a routine basis. It is a great addition to any outdoor grilling.