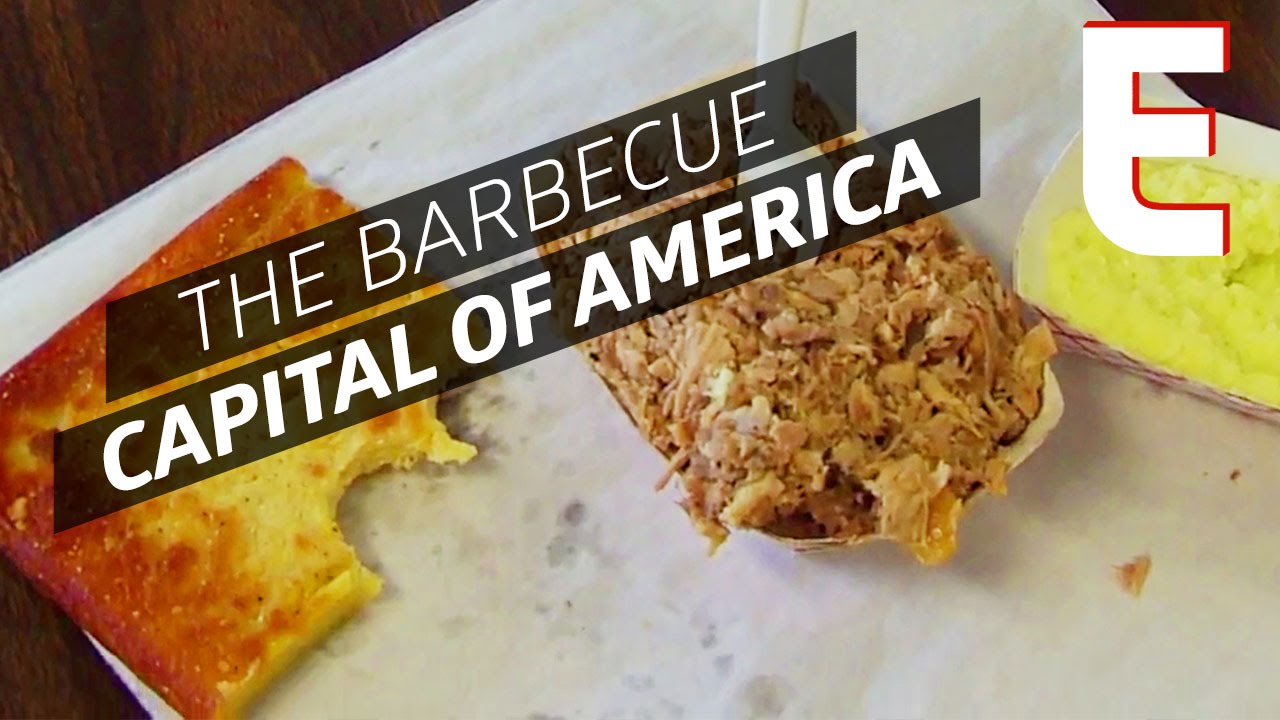 North Carolina Barbecue is, in fact, two styles split by geography, the Eastern Style and the Western-style.

The Eastern Style is based on the whole hog roasted over a fire pit – the saying goes that they “use every part but the squeal”. The meat is chopped, shredded (or “pulled”), all mixed together, and served in a sandwich with a vinegar barbeque sauce.

The Eastern Carolinas barbecue sauce is a watery concoction of vinegar and something with a spicy kick, either black pepper or chili.

Pulled pork is flavored with a BBQ dry rub before smoking, during which it is repeatedly basted with a thickish tomato and vinegar barbeque sauce known as a “dip”.

It is often served as a sandwich with red slaw, a local variation of coleslaw, on the side.

The city of Lexington is home to the Lexington BBQ Festival which draws something like 150,000 visitors a year to eat drink and be merry.

South Carolina deserves a mention here, since the style is nearly identical (at least to outsiders), using pork shoulder smoked long and slow, but with three distinct types of sauce used in the east, west and central regions of the state.

The Eastern South Carolina style is the same as the east of North Carolina – whole hog roast pulled and served with a thin vinegar and pepper sauce.

People in the westernmost part of the state go for a thinner tomato-based sauce.

My favorite has to be the mustard sauce from the central region of the state.

To recap – have a look at this recipe for pulled pork. Smoking with hickory or alder wood chips is the traditional way to cook this, but it can be done easily in the oven if you have no other option.

Choose which BBQ sauce you want to use – since that is pretty much what defines each style.

Or choose a mustard-based sauce if you go for South Carolina style, something like Mustard BBQ Sauce.

Make the shredded pork into sandwiches if you like – get some really nice, fresh white bread buns.

For side dishes try french fries or hushpuppies. Make coleslaw of some kind – or redslaw – either is absolutely delicious.

Read about other regional US BBQ styles Read about more regional barbecue styles from around the World.