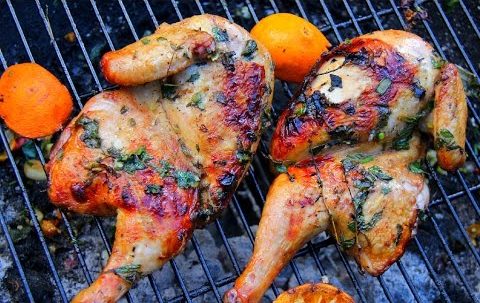 Caribbean barbecue – The story goes that the barbecue was more or less invented among the islands of The Caribbean.

The word could be derived from the French “de barbe a queue”, which means, from beard to tail. This refers to what would now be called a hog roast cooked over an open fire pit – known as Lechón to Spanish speakers. 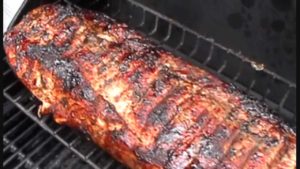 The cuisine of the region is difficult, to sum up, due to the influx of peoples over the centuries – Arawak Indians, various Europeans, various Africans – all bringing their own and other influences along the trade routes of the times. However, to my mind, there seems to be a broad divide between the Spanish speaking islands and the English speaking ones.

Meat is often grilled chicken or barbecued pork, or sometimes goat, glazed or coated in a jerk seasoning, served maybe with roasted sweet potato and a fruit “salsa” .