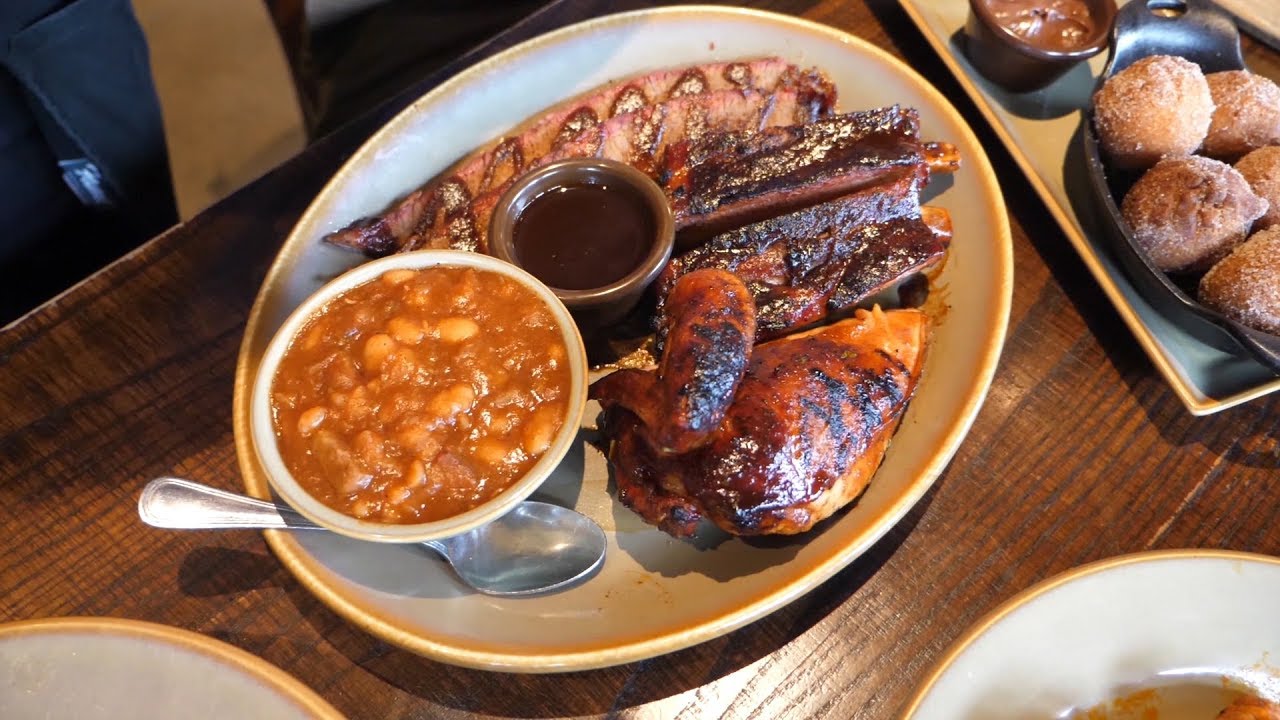 With Kansas City BBQ things are done properly according to tradition. Pork or beef joints are roasted for hours over BBQ pits of hickory – coated with BBQ dry rub and daubed with thick, sweet and tangy tomato BBQ sauce.

Barbecue, as it is now done in and around Kansas City, was brought into the area with migrant workers in the early years of the twentieth century.

Henry Perry from Tennessee was the first recorded barbecue restauranteur in the area. He worked on the steamboat restaurants on the Missouri River and eventually settled in Kansas City.

Charlie Bryant (who came from Texas) worked with Perry and took over with his brother Arthur, after Perry’s death. Arthur moved it from an old railway truck to a brick and mortar building in the ’40s.

More restaurants have proliferated in the area using the same style of barbecue.

Texas Meets The Rest of The South Here 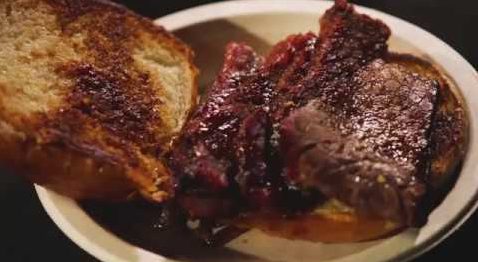 Kansas City BBQ takes in beef brisket, beef ribs, burnt ends, pulled pork, pork ribs, smoked chicken or turkey. These are all slow barbecued using hickory smoke, the same as they like in the Carolinas.

Two other things make this style stand out: the sweet, sticky sauce BBQ sauce they use and the variety of side dishes like coleslaw, chunky French fries, and home-cooked baked beans.

It could be difficult to choose what cut of meat to cook because of the variety. Ditto with the side dishes.

For side dishes try French fries, baked beans, some kind of coleslaw.

For the BBQ sauce, go for this heavy, tomato-y Kansas City BBQ Sauce – brushed thickly on towards the end of barbecuing.

How to Barbecue Kansas City Style

Slow smoke your meat using hickory wood chips. If you have a real smoker, you probably need not be reading any of this, but if you don’t have a smoker or are new to smoking it can be done with any grill that has a cover using the indirect BBQ method – all you need is a barbeque smokebox and hickory wood chips.